Eddy’s lived experience gives him great empathy for the struggles of underrepresented families. In his first term, Eddy has led Gresham through the pandemic with a strong rapid-response to protect small businesses and renters, laid the groundwork for improved services and future livability. Eddy’s inclusive approach brings diverse voices to the table and achieves the results people truly want. 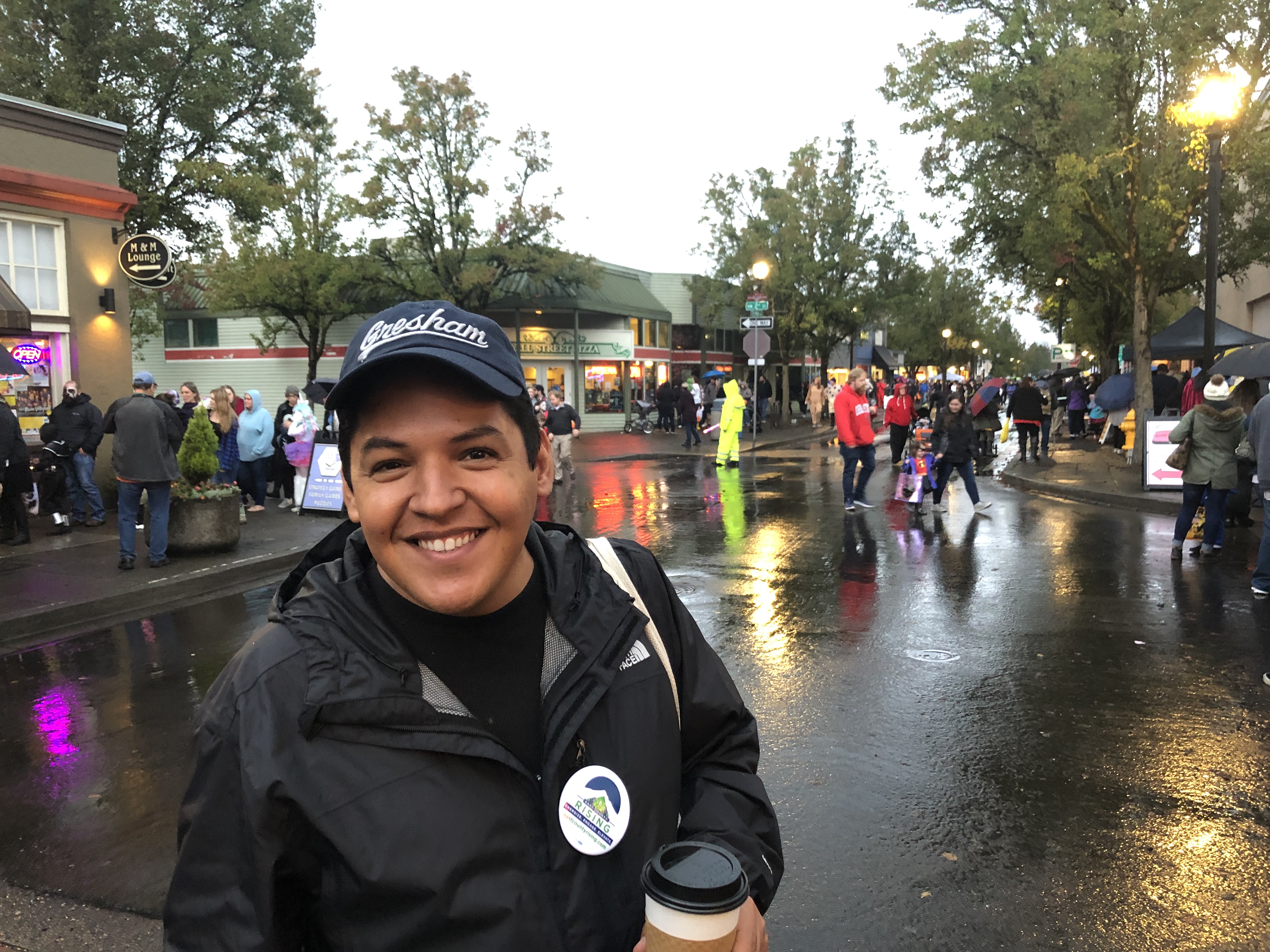 Eddy Morales was raised by a single mom, who worked hard to keep him and his siblings housed and fed. His mother, Socorro, taught him that no matter how little you have, there is always enough to share with someone who has less. She would frequently invite community members home for dinner to be sure they had a hot meal. She had a tremendous capacity for compassion and giving that she passed on to Eddy.

During Eddy’s childhood, they lived in many Oregon communities, including Woodburn, Sherwood, Milwaukie, and several neighborhoods in Portland and Gresham. Unfortunately, this is not an uncommon experience. Too many families are forced to move frequently while working hard to achieve economic security and stable housing. Gresham’s poverty rate is 20%, which means that many of our neighbors are left out of the economic opportunities our region offers. This fact and his personal experience are why housing affordability, and the stability it provides working families, has always been Eddy’s leading priority.

Frequently moving and changing schools also meant that Eddy did not learn to speak, read, or write in English until he was in the third grade. After Eddy’s older brother was murdered in a senseless act of gun violence in 1994, he dropped out of high school and took on three jobs to help support his family, including one at the Police Activities League (PAL) in Gresham. At PAL, Eddy’s peers recognized his potential and encouraged him to finish high school. At 16, he reenrolled in high school and eventually became the first in his family to attend college. 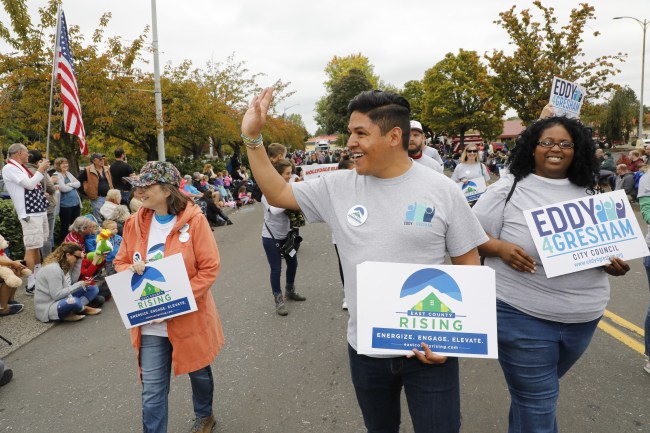 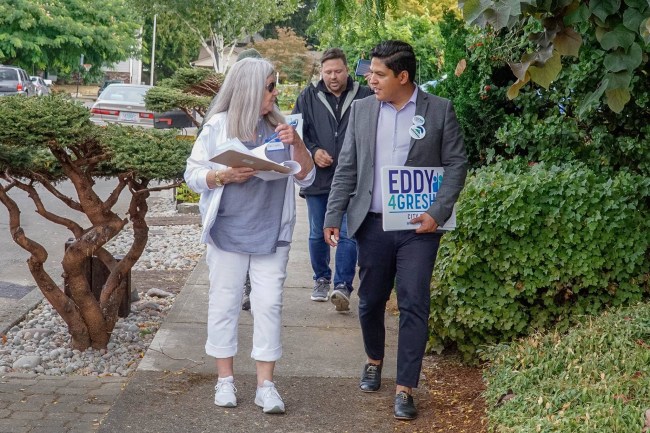 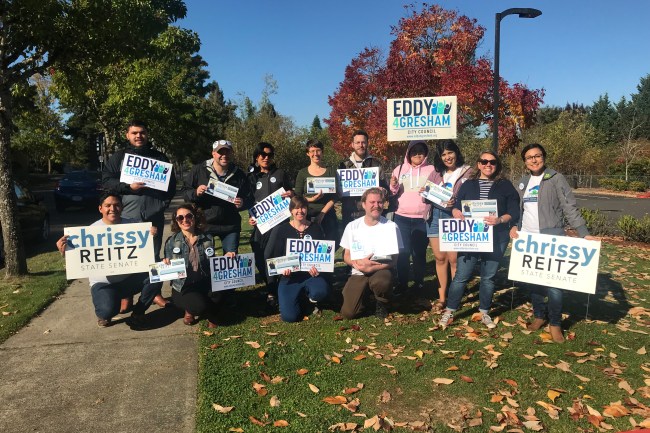 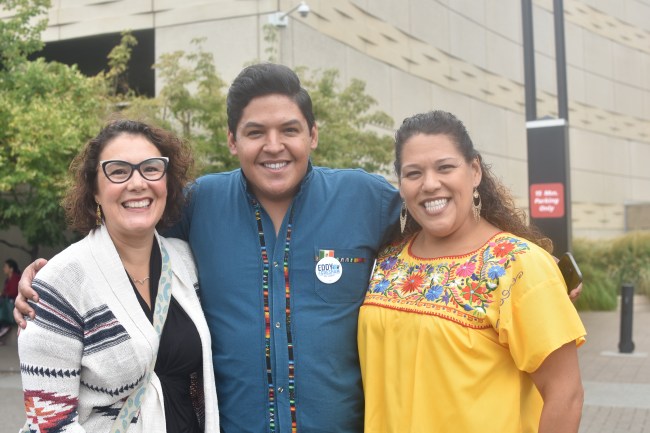 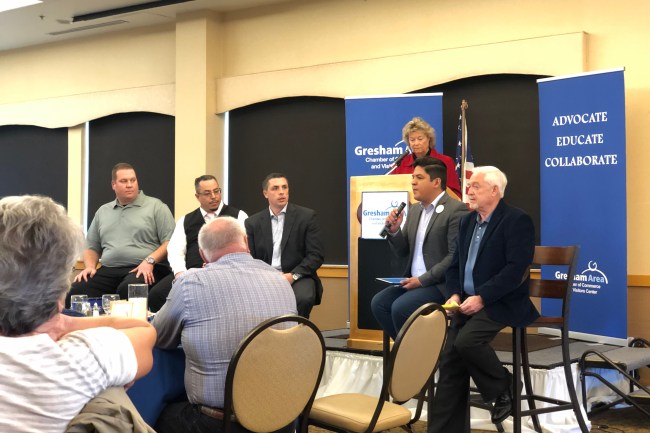 In college, because of his leadership success in student government and organizing campus activities, he was elected to represent over three million students across America on Capitol Hill as President of the United States Student Association. There, he served as the official voice of students and represented them to Congress, the Department of Education, and the White House.

Eddy continues to engage youth. From recruiting young people to engage politically by registering people to vote or including them in decisions before the Gresham City Council, youth empowerment is a priority. Eddy has brought youth along in all that he has done.

Eddy started his own business, Morales Public Relations that engages with diverse clients in our community and contributes to Gresham’s economy.

In 2010, Eddy achieved another first in his family: he purchased a home. For the first time in his life, he had the opportunity to put down his own roots, and he chose Gresham, where his partner grew up and two of his sisters and several of his nieces and nephews now live.

Eddy has brought his experience, skills, determination, and his compassion to the Gresham City Council, tackling issues like housing, transportation, and economic opportunity for all our residents.

Eddy’s vision for Gresham includes prosperity and opportunity for all Gresham residents. We invite you to learn more about Eddy’s priorities.

In his spare time, Eddy dedicates himself to volunteerism and public service. He is the Treasurer of the Democratic Party of Oregon, founder of East County Rising, and serves on several boards. Eddy shares a multigenerational home with his partner, Hugh, mother in-law, Rochelle, and rescue dog, Besitos.